Barefoot running shoes have become a big trend amongst runners over the past 24 months yet for many they remain brand new fitness technology. As a result, we have set out to illuminate this space, wit the aim of highlighting the 5 best barefoot running shoes of 2014 so far.

In many ways, the very term is an oxymoron, yet the tech behind this craze stacks up. It’s theorised that these ultra-lightweight, thin soled sports shoes help maintain a more natural and efficient running stride. They force you to land on your fore-foot or mid-foot, as nature intended, rather than encouraging you to rely on the over-sized support offered by many of the more traditional running shoes.

Traditional running shoes were born with the jogging craze which exploded in the 1970’s. Whilst there’s no doubt that such crazes serve a great purpose in encouraging people to get fitter, there’s also no doubt that this particular craze has contributed to its fair share of injuries. Runners have become accustomed to wearing over-sized, over-padded trainers which encourage heel-striking – the dreaded curse of running which destroys knees and ankles.

The INOV-8’s are an interesting proposition, and are clearly something a little bit more than a lightweight regular runner. These shoes are constructed of very thin synthetic rubber-esque material, which fits securely like a hand-in-glove. Therefore, they come equipped with a simple hell tab, which makes it easy to get the shoes on and off again. This synthetic material is naturally very sticky, meaning that they provide unrivalled grip across both rougher and slicker surfaces. This is where these shoes come in to their own – so thin is the silicon that it acts as little more than an extra layer of skin on the soles of your feet, yet the grip offered is significantly greater than you would ever achieve with bare-soles. All this makes these shoes a great choice for anything from treadmill running right the way through to watersports.

The INOV-8 Evoskin shoes are available in seven colours, all of which are vibrant shades, and are priced from £19.95. The great price point makes them a great entry-level barefoot running shoe for anybody who’s looking to dabble.

With the Vivobarefoot Stealth M’s, we step up a price band but we also step up the quality ladder. The synthetic silicon design of the INOV-8 is replaced by a lightweight hex-mesh lamination design.

Vivobarefoot have emerged as an interesting manufacturer in a space which to date has ben dominated by new-entrants rather than existing sports apparel giants. The company spent over three years in research and development, seeking a solution that married a more traditional looking sports shoe with lighter materials. The result is a pair of running shoes that are as adept in the gym as they are on the road. 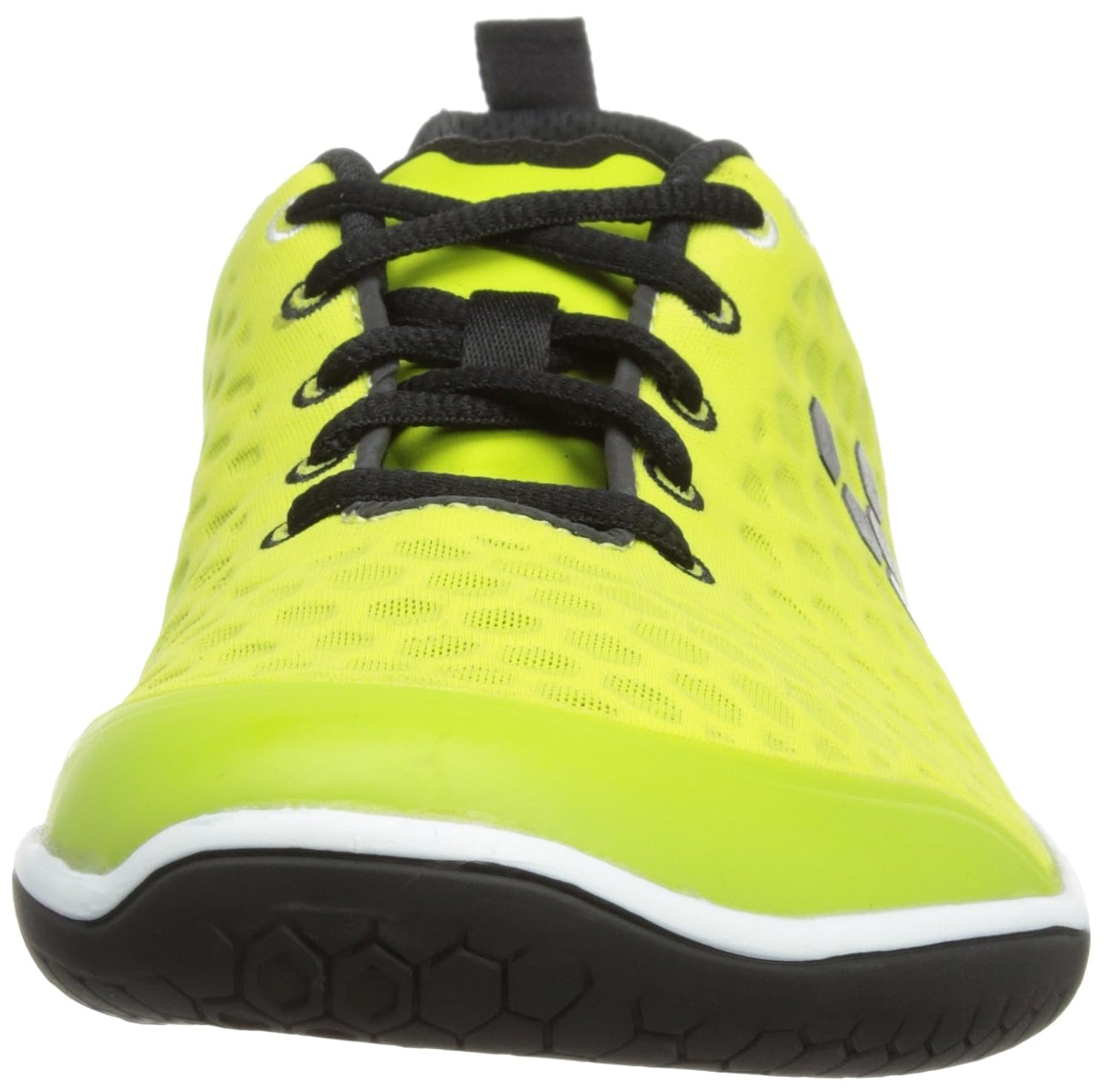 A large chunk of that extensive R&D was spent analysing running techniques. They analysed how runners techniques change when they run in traditional running shoes, noticing how these can bring about unique strains and tensions on joints. They measured this across treadmill, trial and road running environments, producing a large data set that informed the creation of their line of barefoot runners.

It’s on the back of this research that the Stealth running shoes were born. Gait cycle analysis revealed the need to deliver great value at the point where the toes load, and emphasis was placed on providing the opportunity for the toes to naturally splay at this critical moment. This is the human body’s natural way of load balancing, allowing the body to recruit its own natural shock absorber. When this is allowed to happen, the need for unnatural cushioning reduces markedly.

At £69, you’re getting a great mix of fitness technology and value for money. You’re also getting a more normal looking trainer, without the alien-esque designs offered by some fo the shoes in this category. After a versatile shoe that will deliver across the gym and the roads, at a pice which won;t break the bank? These could be a good bet.

Another offering from VivoBarefoot is the Hydro Phobic Mesh running shoes. They come in slightly cheaper than the Stealth-M’s, and at £50, perhaps represent some of the best value on the market. 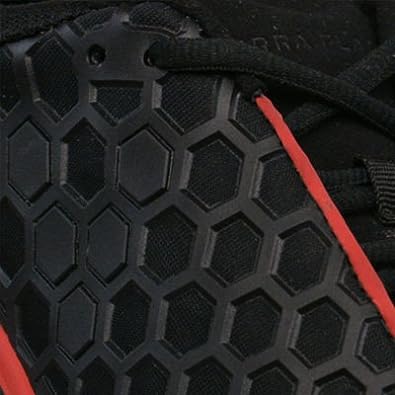 Like the Stealth’s, they have no raised heel, arch support or midsole. They essentially carry the same technology as the Stealth’s, but unlike their stable mate, they  do not try and be as versatile. The focus with these shoes lies in multi-terain dry land running, and the soles are designed with this in mind. As a result, these are not the best choice for gym-goers, especially treadmill runners. Soles designed for off-road running can offer too much grip for rubberized treadmill decks, making them potentially dangerous. 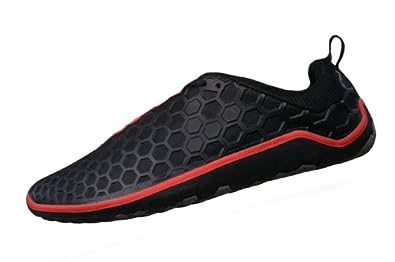 If the purpose suits you, these are a great value offering.

With a mere 4mm drop, these super-lightweight, mesh based runners are probably the first entrant on this list which are made by  a manufacturer that you’ve heard of. 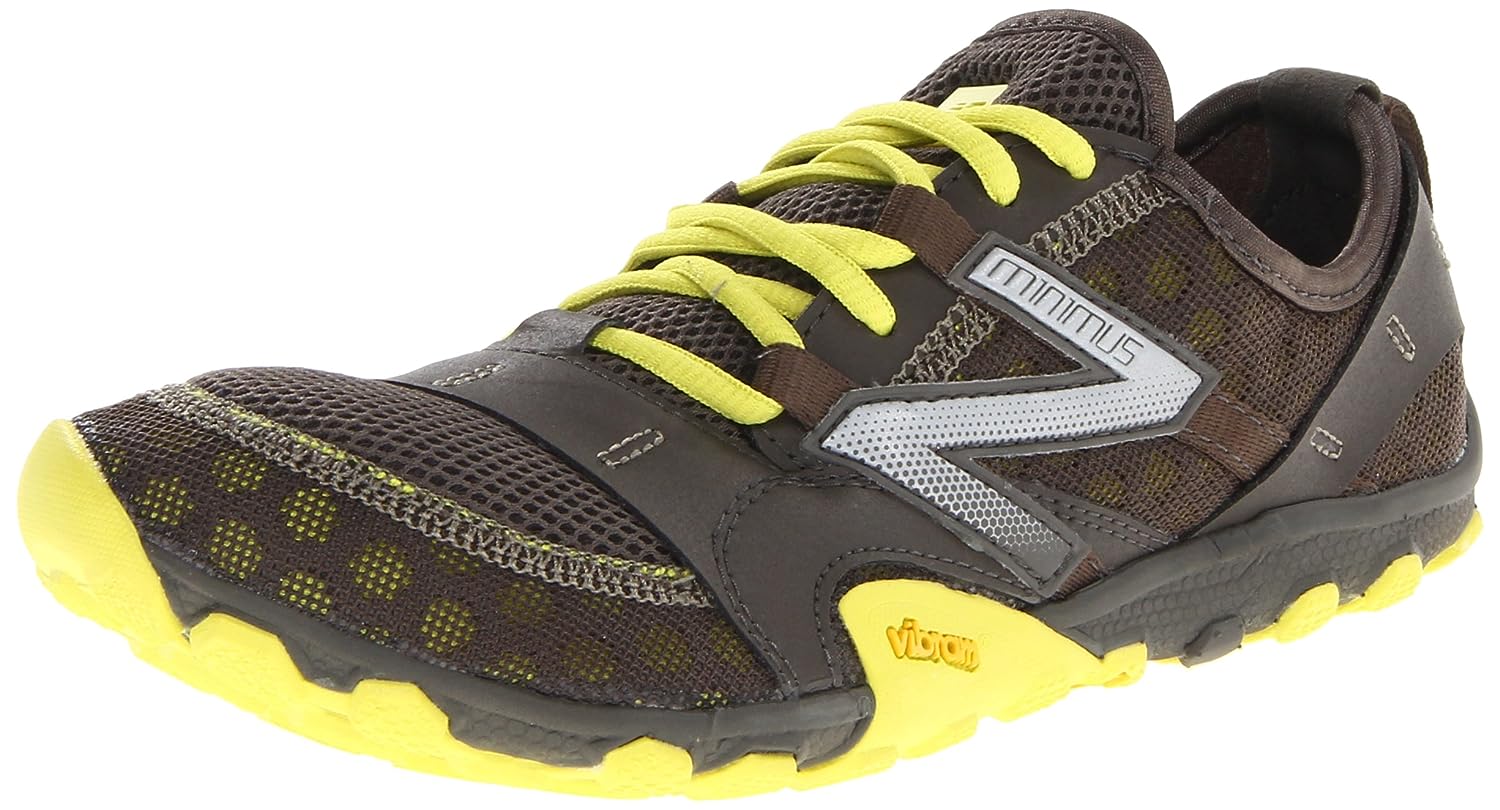 Unlike other entrants on this list, they are not a true barefoot shoe in as much as they have a drop, but at 4mm, we deemed it a small enough drop to warrant their inclusion – especially in light of their overall positive points. At £50, you’re bagging a recognised athletic brand, in a pleasingly designed, low profile running shoe. They utilise the fabled Vibram sole – think Vibram 5-finger runners, meaning you’re tapping into the fitness technology offered by some of the expert, specialist brands in this space. Weighing a mere 175 grams, they are the perfect choice for anybody who wants to test the waters around barefoot running. 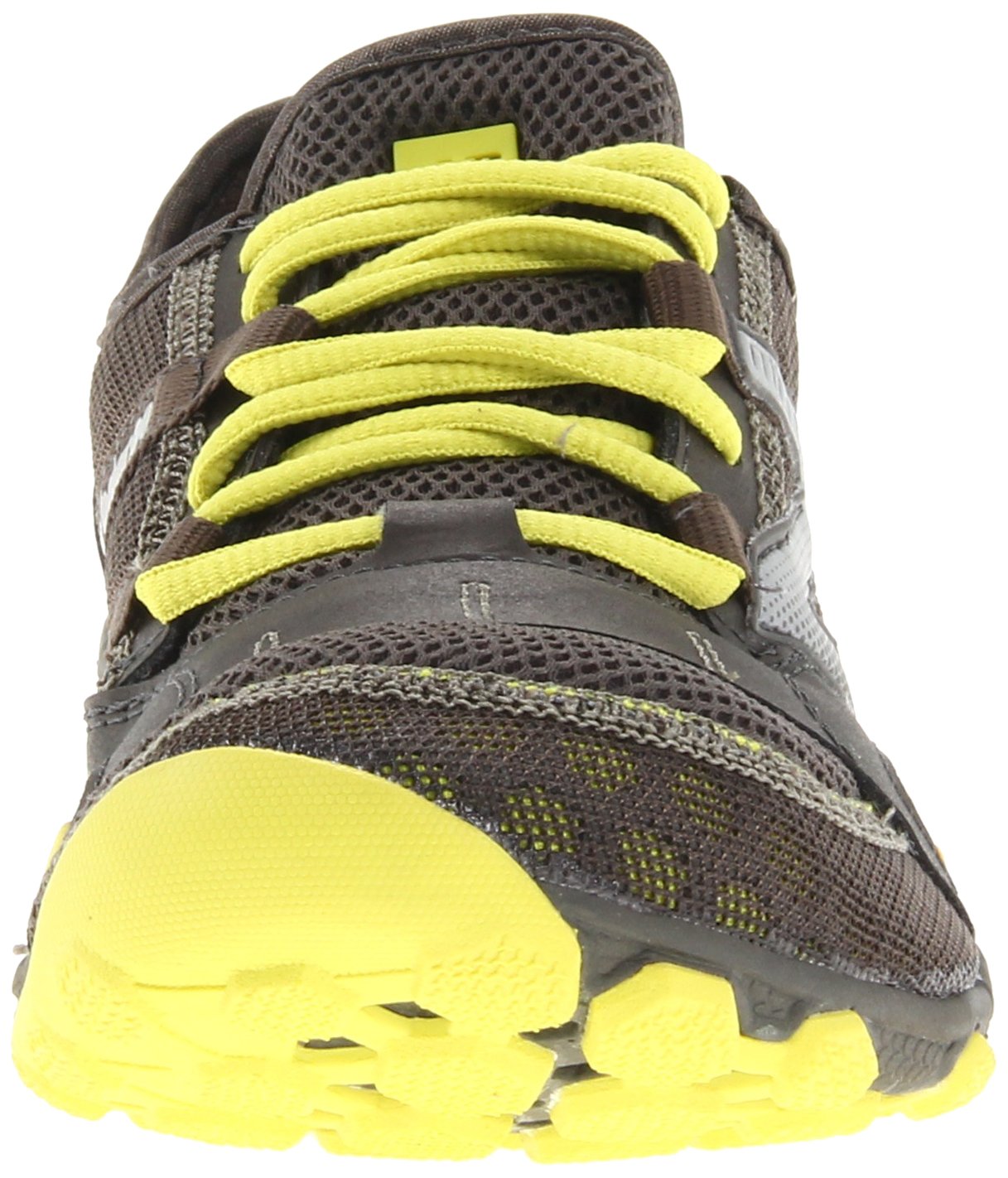 As a result, we recommend these shoes for anybody who has a lot of experience in running in traditional running shoes. These allow you to work your way towards a true zero-drop/barefoot experience, without jumping in fully in to the deep-end.

This is a slight variation on the INOV-8 discussed at the start of this list. They have been included as an outstanding value option, as they’re currently available at just £11.99 on Amazon.co.uk 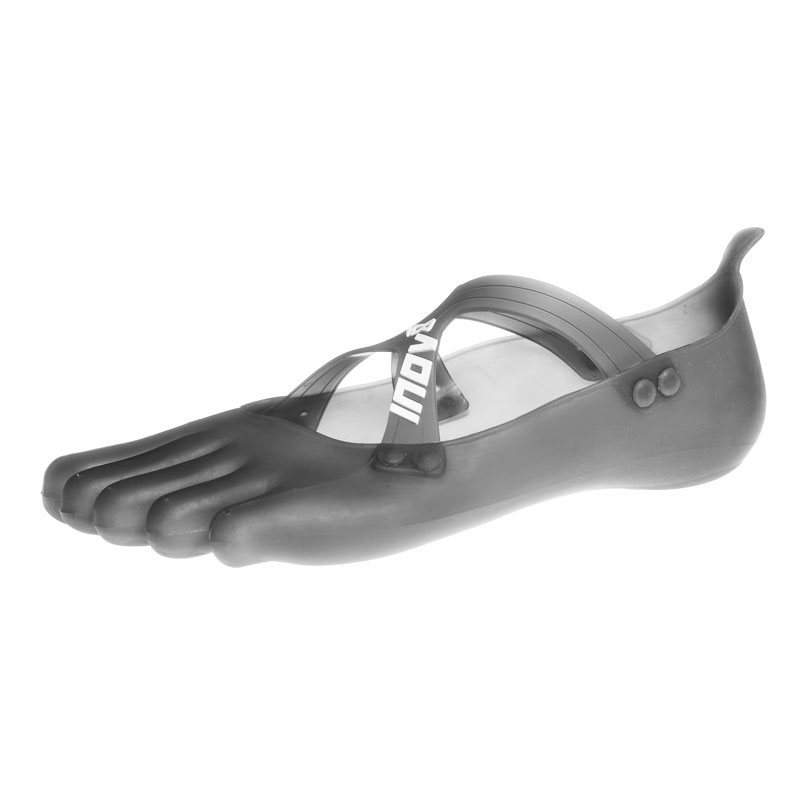