Earlier this week, rumours were floating around the internet regarding the possibility of microtransactions in the soon to be released GTA V Online. Data on Rockstar Game’s servers suggested that players would be able to purchase in-game money in the multiplayer component of the newly launched GTA V. The description that was found said, “Cash is king in this town. Solve your money problems and help get what you want across Los Santos and Blaine County with the purchase of cash packs for Grand Theft Auto Online. All purchased cash is automatically deposited into your character’s bank account. Spend wisely, cash therapy is fleeting.”

The user that bumped across the page, spread it on Reddit and was immediately met with a flurry of disappointed and angry GTA fanatics. The rumours were confirmed just yesterday when Rockstar released a statement on Rockstar’s Newswire saying that, “if you’re the completely instant gratification type, you can choose to buy denominations of GTA$. You will have the option to purchase GTA$ through the in-game Store. The game and its economy have been designed and balanced for the vast majority of players who will not buy extra cash. There is no in-game paywall and nothing that should disrupt the balance of the game. You don’t have to spend real money to attain the cars, guns, clothes, flash and style of a high-roller in Los Santos, but can if you wish to get them a little quicker.”

The company added, “The economy is balanced differently from the single player economy, and cash earned in one cannot be taken over to the other. Most players will earn cash much faster Online than in Story Mode.” Rockstar also shed some light 0n the GTA Online Reputation System and described the system, “Reputation is earned from all your online exploits in everything you do in GTA Online – and will help you rank up, providing access to new features, weapons and criminal contacts. Spend cash you’ve gained on cars, clothes, guns, properties and much more. You can either quickly accumulate cash through profitable activities like knocking over armored cars, winning street races, doing stick-ups or a host of other cash-making endeavors.” 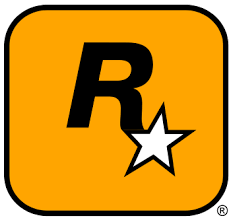 The microtransactions inclusion in the multiplayer version of GTA V also received positive response from some camps. Some users believe it is a good move enabling the company to continually receive revenues which can help upgrade the online mode as time goes by. Servers used to run the game don’t come cheap and microtransactions will be able to offset the cost of maintenance and improvement.